Dixon focused on Indy 500 after tough start to season

NIERDC off to Taupo for round two

by Dennis Palmer
in
0 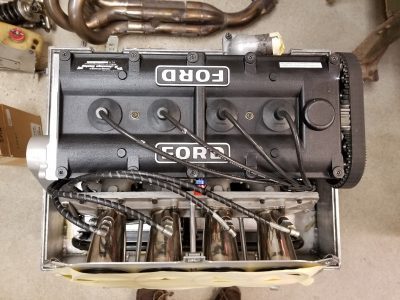 This Ford-Cosworth BDG 2.0-liter inline-four was rebuilt last year after being removed from my 1971 Chevron B19 race car. First rebuilt and assembled by S. Jennings Racing including new pistons, springs, valves, and more. It has not yet been installed in a car, though an engine dynamometer result showed 295 horsepower and 188 lb-ft of torque. This injected Ford-Cosworth BDG engine is mounted on an engine stand and in a metal shipping crate.